Hernia Disappeared! The Power of Testimony

Last year while doing a small remodeling project in my kitchen I felt something tear in my lower right abdomen as I was lifting something heavy. It didn't bother me at first so I didn't think about it or give it much thought. But a few months later I began working at Menards and was lifting 50 pound bags of dog food and bird seed multiple times a day. I was fine at first but after a couple of months of working there it started to aggravate my stomach, caused me a lot of pain, and also made me super fatigued. After working only 4-5 hours I would need to come home and nap for 2-3 hours. It totally wore me out.

One day it was causing me so much pain that I decided to go into urgent care. After being there for an hour or two they weren't able to tell me much. I don't even remember what they thought it was. They just ruled out the possibility of it being something serious like my appendix or gall bladder and sent me home. I then scheduled an appointment with a natural homeopathic doctor we sometimes visit and he was able to see me pretty quickly. He let me know that I had an inguinal hernia and the pain was being caused by the hernia pinching off a nerve or vessel to my testicles. So basically it felt like I was getting kicked in the nuts ALL the time! (All the males reading are now cringing and feeling uncomfortable haha!) Every 10-15 minutes I would be in super bad pain for a couple of minutes as this vessel was pinched off. Not fun at all.

After seeing this doctor he believed I could most likely avoid surgery and he gave me some stretches to do and some natural remedy stuff to take. He also put me on weight restrictions and running restrictions for awhile. I wasn't allowed to lift more than 20 pounds and I couldn't run or jog. I believe the weight restrictions were for 2 weeks and the running restrictions were for a whole month. I did what he prescribed and after a couple of days I wasn't in excruciating pain any more and it got to the point where I was feeling pretty good again.

Fast forward to April of 2017. I have been mostly pain free and the hernia hasn't bothered me much. It has only caused me bad pain about 10 times in the last 6 months but I can still feel it bulging out pretty often. It is especially easy to find at night when laying in bed or right after lifting something heavy. So it has been manageable, but it is still there and limits me at times. I am very mindful of where my son jumps on me, because it doesn't feel very good when he lands on that spot!

Last weekend I attended a Christian men's conference at a camp on Lake Koronis in Paynesville, MN. I have attended the weekend men's conference half a dozen times or more over the years and this camp is also where I attended church youth camp as a teenager. I have some very fond memories of the camp and of the things I have experienced in the Lord over the years there. It is a special place to me and I always expect to experience the Lord when I attend meetings there.

During the first evening service, Pastor Brad Brede, the minister who holds the men's conference as well as the youth camp, was ministering and sharing about what the Lord has been doing in his ministry as he travels all over the United States. During this time he gave a testimony of someone being healed of a hernia during one of his services without even being prayed for. When I heard this testimony I quietly said under my breath, "I receive that for myself Lord!"

I didn't feel any different at the time, but I was full of faith and hope (joyful and confident expectation) because I know the power of testimony. After the service I felt my stomach and couldn't find the hernia. I felt for it that night while in bed and couldn't find it then either. Jesus healed me! Praise God!!!

I understood the power of testimony because I had studied and taught a message on the topic in May of last year at my church. While studying, I had learned that in the Old Testament the word testimony comes from a word meaning “do again.” 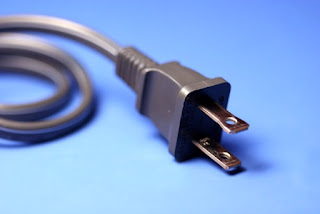 Testimony acts a lot like a magnifying glass, it attracts and amplifies what God can "do again." Testimonies reveal what we can expect God to "do again." Sharing our testimony encourages and imparts faith and releases God’s power to perform similar acts, miracles, signs, and wonders again.

God is actually limited when we do not recount and give witness and testify of His acts of blessing and power (Acts 4:33). True testimony has life in it! In Mark 16:14 Jesus actually rebuked the disciples when they didn't believe the testimony of Him being risen.

So when I heard the testimony of the man's hernia being healed, I not only knew the power of testimony but I also expected Jesus to do it again! Jesus is our Healer and by His stripes we were healed (1 Peter 2:24). 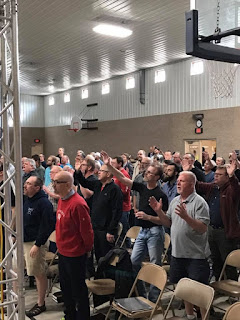 Expectation is a very important part of our Christian faith and the Church. Without expectation there is little life, and without life the Church is no longer a living Body but a museum or even worse, a graveyard. Have you ever attended a church or a service with no expectation and very little life? Such services have little to do with a living relationship with a living God, but are mainly dead religious exercises. There is little life and because of that there are very few testimonies of life.

Your life testimony and the testimonies of what God has done in your life are some of your greatest evangelism tools! So I want to encourage you today, to not only be bold and share your testimony of what God has done and what God is doing in your life, but also expect God to do it again through the power of testimony and the power of the Holy Spirit! God is not a respecter of persons, what He has done once He will "do again"!

Until next time, shake the earth!
- Joel