I will begin this post by stating I am extremely blessed to be an American citizen. It is an honor and a gift to be a part of this great country and the freedom that accompanies it. I have many family members and friends who served or are still serving in our armed forces. I myself have never served our fine country, but many of my loved ones have. And to them, their families, and all who have served and are currently serving I say, "Thank you, thank you, thank you!"

Here are the pledges if you've never heard or read them before:

Pledge to the American Flag:
I pledge allegiance to the flag of the United States of America and to the republic for which it stands, one nation under God, indivisible, with liberty and justice for all.

Pledge to the Christian Flag:
I pledge allegiance to the Christian flag, and to the Savior for whose kingdom it stands, one Savior, crucified, risen, and coming again, with life and liberty for all who believe.

Pledge to the Bible:
I pledge allegiance to the Bible, God's Holy Word, I will make it a lamp unto my feet and a light unto my path and will hide its words in my heart that I might not sin against God.


Over the last 8 years or so I have thought about the phrase "I pledge allegiance" quite a bit.

So if I pledge an allegiance to something, I am making a binding promise, agreement, and obligation to be devoted and loyal to that cause or person or group.

The Bible encourages us to obey our leaders, those in authority, and the laws of the land (Romans 13:1-7, Titus 3:1, 1 Peter 2:13-14, Matthew 22:21). Yet we read stories of MANY followers who disobey the empire and the religious authorities and then they are persecuted, imprisoned, and martyred for their disobedience. All throughout the Old Testament and New Testament we read of people being defiant and disobeying the laws of the land and governing authorities.

Why is this so? Is the Bible contradicting and inconsistent? Were these people in sin?

They did these things and disobeyed laws and authority because their allegiance was pledged to God first. In Acts, Peter and John were warned on numerous occasions to stop speaking of Jesus and preaching the Gospel or else there would be consequences. But Peter and John did not obey the authorities or religious leaders. In Acts 5:29 they said, "We ought to obey God rather than men."

In a perfect world, we wouldn't have to choose between the two, but there are many times where the two kingdoms will be at odds. So please do not be confused with the idea that pledging allegiance to America or standing for a national anthem is synonymous with being a Christian OR vice versa.

Jesus embraced ideas that were contrary to the ways of the Roman empire, the religious authorities, and the culture of the time. And Jesus was hated and ultimately killed for the views He held and the Gospel and Kingdom He preached.

Taking a knee for a national anthem does not automatically mean someone is being dishonorable and disrespectful. At times has it been dishonorable? Yes. At times has it been done in an incorrect and even unhelpful way? Yes. But the reason(s) many of these athletes are taking a knee is to bring something to light. They are trying to help people groups that are oppressed and hurting. Jesus had a similar calling on His life.

In Luke 4:18 Jesus said, “The Spirit of the Lord is upon Me, Because He has anointed Me To preach the gospel to the poor; He has sent Me to heal the brokenhearted, To proclaim liberty to the captives And recovery of sight to the blind, To set at liberty those who are oppressed;"

Maybe some of us are blind and need a recovery of sight so we can open our eyes and see certain systems and ways our country operates that causes people and specific people groups to be poor, brokenhearted, made captive, and oppressed. If that is so, then Jesus has come to heal us of that blindness. He has come to help those hurting people, and He has called Christians to be involved in that healing process.

Is kneeling for a national anthem popular and enjoyable? No, not at all! It opens people up to be ridiculed and name called. So this is not enjoyable for the athletes, but it is bringing attention to an issue that needs to be addressed. They aren't protesting our country, our soldiers, or our flag. They are protesting inequality, injustice, and oppression. It's important that we make a distinction between the two.

Many times the views held that are contrary to culture are not popular ones to hold AT THE TIME. But in hindsight, we can only look back and shake our heads in sorrow and disbelief. Click here for a link to some different polls done about the civil rights movement back in the 1960s. Some of the polls include:

May 1961- Do you think 'sit-ins' at lunch counters, 'freedom buses,' and other demonstrations by Negroes will hurt or help the Negro's chances of being integrated into the South?
57% Hurt, 28% Help, 16% No opinion

June 1963- Do you think mass demonstrations by Negroes are more likely to help or more likely to hurt the Negro's cause for racial equality?
27% Help, 60% Hurt, 4% Make no difference

October 1964- People have different views about the Negro demonstrations. With which view do you agree? Some people say the Negroes should stop their demonstrations now that they have made their point even though some of their demands have not been met. Others say they have to continue demonstrating in order to achieve better jobs, better housing, and better schooling. (With which view do you agree?)
73% Negroes should stop demonstrating, 19% Have to continue, 8% Don't know

March 1965- How would you feel about clergymen in your own church taking part in protest marches on civil rights issues. Would you approve or disapprove of this?
33% Approve, 56% Disapprove, 12% No opinion

October 1966- All in all, do you feel the demonstrations by Negroes on civil rights have helped more or hurt more in the advancement of Negro rights?
85% Hurts Negro, 15% Helps Negro

December 1966- Tell me for each man if in your opinion you think he is helping or hurting the Negro cause of civil rights... Martin Luther King?
36% Helping, 50% Hurting, 14% Not sure

Looking back at these poll numbers is very telling. Many of us can agree that these protests were not only helpful, but necessary. And many of us would choose to be involved in peaceful protests to help our oppressed brothers and sisters, our fellow Americans. Isn't it likely that we will look back at this time we are currently in and make the same conclusions? 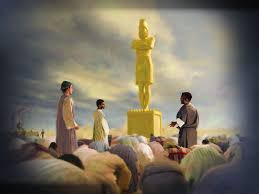 In an article I recently read, author Preston Sprinkle wrote, "When governments pitch themselves as the hope and savior of the world, Christians must expose the fraudulent claim, not celebrate it."

It is more important now than ever that we are united as a Church, a country, and a people. Our country and our president will not be the changemaker. It will be Jesus and the people that choose to be used by Him.

Once that happens and we are united, I'm sure our America can continue to be "the land of the free, and the home of the brave" as our national anthem states.