Our Day Off In Nairobi

The Monday after we got back to Nairobi from Mwingi we had a day off. Monday morning after breakfast we headed to go see some different animals. We first went to an animal orphanage. They rescue injured animals or animals whose parents have died, been killed, or been poached and then raise them. We saw a bunch of different animals while we were there including: a few different kinds of monkeys, cheetahs, many lions (about 20 or so), a leopard, a hunting dog (similar to a wolf), a warthog, hyenas, a couple different species of birds and cats, a jackal, a mongoose, a crocodile, and an ox. It was pretty cool. Unfortunately, this year they didn't have any giraffes or zebras. 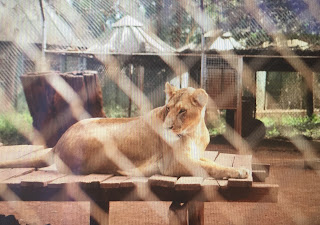 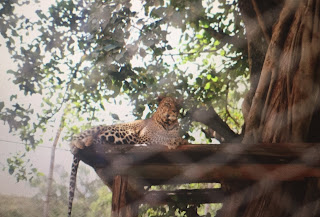 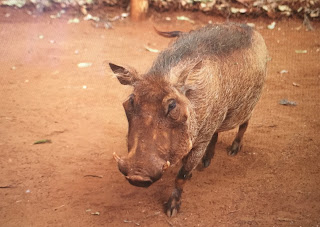 After visiting the animal orphanage we went to see a bunch of baby elephants. They are rescued as well and then raised and eventually released back into the wild. There were quite a few elephants there, probably a dozen or more. It was fun seeing them run around and play in the dirt and mud. They even had a soccer ball they would kick around at times. They were actually pretty good! 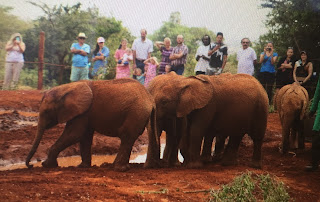 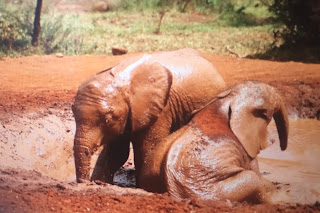 After visiting the elephants, we headed to a restaurant called Carnivore to eat lunch. Apparently it is a world renowned restaurant. It was SUPER good! I got to eat a bunch of different kinds of meat including: two types of chicken, beef rib and pork rib, pork loin, beef roast, crocodile, beef sausage, ostrich meatballs, turkey, lamb, an ox ball, and I had a pineapple pie with ice cream for dessert. It was quite the experience. They cook all of the meat over an open pit and then they bring out all of the meat and cut it off with a machete type knife right onto your plate. I would definitely visit again. I believe they are only located here in Nairobi, Kenya and in Johannesburg, South Africa. 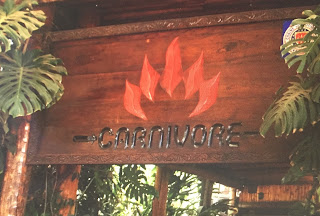 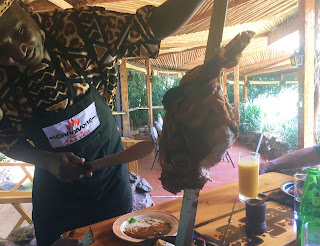 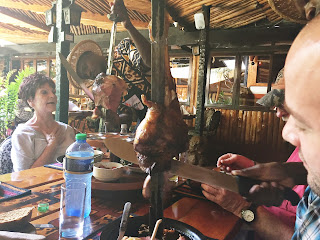 After eating we went back to the house and relaxed. I played soccer with a few different neighborhood kids for about an hour and a half, so that was a lot of fun! They were young, all under 11 years old, but a few of the boys were very good ball handlers. I showed them a few things and gave them a couple of tips, but we mostly just played. I really enjoyed that! 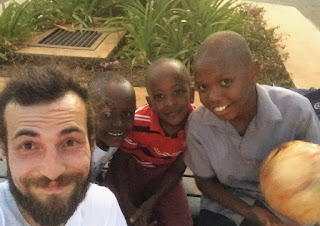 The remainder of the evening we had good conversation and relaxed before we started the next stage of our ministry in Nairobi.

My name is Joel Juni. I am a husband, father, pastor of Restoration Christian Church in Park Rapids, MN. I am a photographer and help my wife with our business, Jennifer Christi Photo & Video. I am a soccer coach and WyldLife leader in Detroit Lakes, MN. We also spend time in Willmar, MN managing some rental property. I love: God, my amazing wife & sons, our two dogs, playing guitar, eating bacon & pho, drinking good coffee & beer, and growing a sweet Jesus beard.

Get Future Posts To Your Inbox