The next four days of our trip, Tuesday through Friday, we visited churches in the morning until the early afternoon and held services. We split our team up into different smaller groups each day so we could cover more ground and visit more churches and minister to more people. During each evening, around 5pm, we would hold a crusade or open air meeting until about 8pm.

We visited four separate churches in all and held two services at every church we visited each day. Many of the people at these services, but not all of them, were pastors, Bible school students, or leaders in their church. In those four days we held a total of 16 services and four open air crusades. It was a lot of fun, but it was very tiring. We would leave the house at 9am each day and wouldn't get back home until around 9pm.

On Tuesday after breakfast we went to do morning services at two separate churches. Ken and Del went to a church with Peter and then we dropped Jackie off at the orphanage. Then James, Vonda and I went to a church with James. I taught on the 9 Gifts of the Spirit and James taught on prophecy and the heart of God. Then Vonda prophesied over some people and James and I joined her. 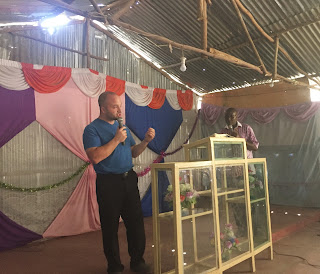 After lunch, all of us went to the crusade in one of the slums in Nairobi. There were a lot of kids, which was fun. They were amazed by the hair on my arms and many of them kept holding my hand, inspecting my hand, and running their hands up and down the hair on my arms. It was pretty funny. There were a couple of healings and a couple of salvations that evening. There were at least 60-70 people there, not including the people watching from their balconies and the many people that walked through. 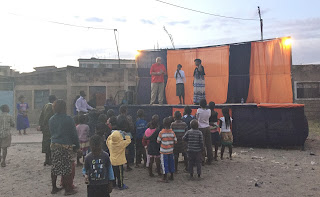 On Wednesday after breakfast we split up to do services between 3 different churches. Ken went with James to the church I went to on Tuesday. James and Vonda went to another church. Jackie went to the orphanage again. Del and I went with Peter to another church. I was planning on preaching on the Holy Spirit being our Helper, but God had other plans and led me to Ephesians 4. I still talked about being led by the Holy Spirit, but I focused on leaders being consistent with the Word in the way we live and speak and not offending or grieving the Holy Spirit. They were very responsive and seemed to get a lot out of it. Del preached on the Holy Spirit as well. We were able to do some ministry time at the end of our services. I prophesied over two separate people, one of which was an APEPT Bible student. That is definitely out of my comfort zone, but it is helping me grow!

After lunch we went to the crusade. It was very similar to the day before, maybe a few more people. A young woman whose stomach we prayed for the day before gave a testimony. She had gone to many doctors and none of them could find out what was causing her stomach pains. But since last night she has not felt any pain. Praise God! A few people gave their lives to Jesus and we were able to minister to a few others once again. God is good! I saw a guy with a MN Vikings hat at the crusade and I also saw a girl with a YoungLife shirt. Seeing that hat and shirt made me smile and it felt a little like home :) 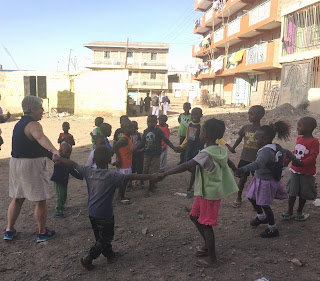 On Thursday after breakfast we spilt up to two separate churches. Peter and Del and I went to one church. James, Ken, and Vonda went to another church with James, and Jackie went to the orphanage. I taught on being faithful in the little and being a good steward. They were very receptive and it went really well. Then Del taught on the gifts of the Spirit. 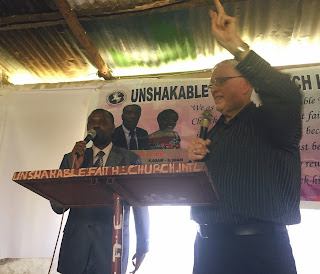 After that we had some ministry time. One lady started manifesting a demon and Peter cast it out. I prophesied over one guy and later that day he came up to me and told me that everything I said were things he needed to hear and that had been bothering him. Praise God! God knows our hearts, and He wants to reveal Himself to us! We just need to be willing to be used by Him in whatever way He deems necessary.

At the church everyone wanted pictures with me cause I had my hair down and looked like Jesus. That was pretty funny. I bet I took pictures with every person in the church haha. After lunch we had another crusade and it went well. Del spoke and he said it was out of his comfort zone, but it was very good.

On Friday morning after breakfast all of us but Jackie headed to Pastor James' church. Jackie went to the orphanage once again. Del and James both taught and then we had lunch at the church. They made us rice with some cabbage, goat, and the tortilla things called chapati. They cut up some mango for us as well, it was very sweet but very good.

After lunch we rested for a little bit and then went to the crusade area for our final evening. There were a bunch of school kids there and two of the boys had soccer balls, so I ended up getting out of the van. I juggled the ball and played with them for 10-15 minutes before their principal had us stop haha. It was a ton of fun. Probably one of my favorite parts of the trip so far actually. They were pretty impressed when I headed the ball 5 or 6 times in a row haha. It was a lot of fun, especially with about 40 kids playing soccer with me! :) 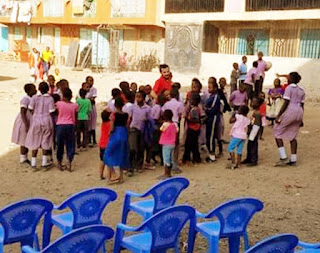 After that we juggled and passed in the alley way for awhile. James even joined us, and he was pretty good, especially for never playing before! We played for a bit while the worship team was getting started with singing and dancing.

I actually had the opportunity to preach for the crusade. That was pretty crazy and was out of my comfort zone for sure, but God met me there. The message had been on my heart all day, and God gave me part of the message on our flight to Nairobi over a week ago. I enjoyed it and I felt like God used me. Everyone said I did very well and they were proud of me, so that made me feel good and was confirmation. 3 or 4 people came up to give their lives to the Lord and another 3 or 4 came up for healing. 4 or 5 people had demonic stuff going on, so Peter took care of them and cast the demons out. He is a powerful man, I have really come to love and respect him. We also prayed for about 8-10 others. It was a good night.

These 4 days were very full and very busy, but I think we were able to help a lot of people and teach them a lot of the Word, so that was great. That's one of the main reasons we came on this trip!

Saturday we have another APEPT Bible school graduation, so that will be fun. We will see how it compares to the graduation we went to last week in Mwingi.