Our Time In Mwingi

We landed at the airport in Nairobi around 9pm Wednesday. (12pm Minnesota time) The flights all went pretty well. I enjoyed a chocolate croissant and an espresso during the layover at the Paris airport. That's what Jenny and I had every day for breakfast when we vacationed there 5 or 6 years ago, so that was enjoyable and brought back some good memories.

When we were going through customs to get our bags checked, I was asked what I had in my bags. I told the lady I mostly had Bibles and then my clothes. She asked if she could have a Bible, so I gave her one. Her face lit up like it was Christmas. It was pretty neat! We were then greeted and met by James, Peter, and Josiah. (Pictured from left to right) They are our main contacts and the people we will be working with while in Kenya. 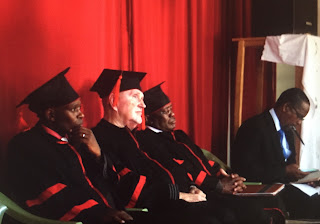 There were guards with ak47s at the airport, which was kind of interesting. We packed ourselves and all of our luggage into two vehicles (I still am not sure how we fit everything and all 6 of us into those 2 vehicles) and then drove about 30 minutes or so to our hotel for the evening.

There were people everywhere and walking all over the place even though it was dark and getting late. Most of the roads we drove on were pretty bad. We drove for a little while on asphalt, but we later turned on a dirt road with mud and potholes everywhere. I didn't see any stop signs or stop lights while driving, just everyone doing their own thing while pedestrians walked right alongside as well. I can't imagine one of us 6 Americans attempting to drive. We would have no idea what to do or where to go and could easily be a hazard to ourselves and others. It feels very hectic to me and like there is very little space between our vehicle and other vehicles and pedestrians. I'm glad Peter and Josiah are driving and not me!

I slept under a mosquito net for my first time that evening, so that was kinda fun. We had breakfast and then met our driver Jack. He's a really cool guy and has a ton of very interesting stories. We packed our stuff into his 9 passenger van and then started our 3-4 hour drive for a village near the town of Mwingi called Winzyeei. We would spend the next few days at Joseph Simba's church in Winzyeei.

On the drive, James mentioned that this part of Kenya gets very little rain. People always suffer here and are very neglected and forgotten. All of the streams and river beds I saw were completely bone dry besides one that just had little puddles here and there. James told me that we are here during their dry season. Apparently western Kenya gets quite a bit more rain, but on the eastern side it is very, very dry. The soil here is very red, it is more of a brownish color over in Nairobi.

We arrived at the village at 1pm or so and then Del shared a message and then we had lunch. They served us a super good cabbage soup and it came with sides of rice, a maiz flour dumpling called ugali, goat, goat intestines, goat liver, and then they brought out the goat head as well. It was all very good.

After lunch, Ken shared a message for the open air crusade meeting in the middle of the village. There were probably 30-40 people and then others were watching from a distance in their houses and business. 7 or 8 people came up for healing and all of them were healed which was awesome! A little girl about my boys age sat with me for almost the whole service, which was fun. After that service, we went back down to the church and had what they called a revival meeting and James shared. 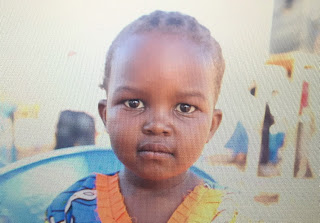 They really enjoy singing and dancing. It is a very different style of music, but it is fun praising God with them. They are a very welcoming and loving people. They have graciously served us and ministered to us. I feel like I am receiving more from them than I am able to give away. It feels just like home to me. I will definitely be back in the future.

After the last meeting, we drove about 30 minutes to Mwingi where we would be staying the night. Apparently, the hotel we stayed at is owned by the former Vice President of Kenya. I thought that was kinda cool! We had dinner at the hotel restaurant that evening. They served us chicken with a bunch of carrots and veggies. There was also some sort of spinach greens with onion and some really good fried tortillas called chapati.

We then had lunch, the same thing as the day before, but without the intestines and liver. We had a break for a couple of hours and had some very good conversation. We also got to play with quite a few kids, some of them even sang for us. The boy on the left is my buddy Meshach (like the 3 men in the fiery furnace) we hit it off right away. He has a great smile! 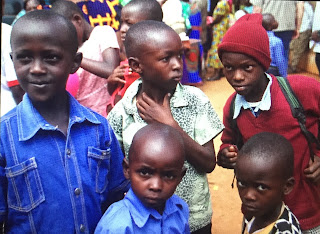 One thing that just blew me away and really humbled me was how excited the kids were when we gave them empty water bottles. EMPTY plastic water bottles. We were going to throw them away, but a group of kids sprinted at us and had huge smiles. The bigger kids tried to steal them from the smaller and younger kids but we wouldn't let them. Apparently, they like to put water in the bottles so they can drink something on the way to school and at school. Crazy. That hit me pretty hard and made me tear up a little. They are so content with so little. They are content and excited about what I considered garbage. All of their life is about surviving that day. And then doing it all over again the next day. Very, very humbling.

Late that afternoon we had another crusade out in the open town area. Ken spoke and then Rev. James gave an altar call. It was well received and at least half a dozen gave their lives to Jesus, maybe more. We also prayed for quite a few people and saw some more healings.

We drove back to the hotel and had the same thing for dinner. The chicken here is a lot different than back home. (Probably because it's not pumped full of hormones and junk) It's chewy and has a lot more dark meat and is more gamey. It's very good though.

Apparently at about 5am on Saturday, James and some others heard baboons near our hotel. That would've been cool to hear! Peter said they come down from the mountain at night and go back up during the day. We haven't seen any out of the ordinary animals yet. There are many goats and cattle. There are also quite a few donkeys and I've seen some chickens. I've only seen 2 or 3 dogs. I'm sure they are a luxury. If you are struggling to feed yourself, you're not going to feed a dog. They might think we are weird that we keep dogs as pets. I'll have to ask them about that.

On Saturday we went back to the village for a graduation ceremony for the first year APEPT Bible school students. There were 8 students that graduated. It was quite the ceremony. There was all kinds of singing and dancing and celebration. Almost the whole town came and all of their families. The words used by the Kenyan pastors and leaders were "historic" and "nothing like this has ever happened here before" and "life changing." It reminded me of the best wedding reception you've ever been to. It was very exciting with lots of smiles and laughing and dancing and celebration. I felt honored to be a part of it. My friend Joseph was one of the graduates. I felt connected to him right away. He plays keyboard and loves to worship. He is also a huge part of the ministry of helps in his church and has a servant's heart. 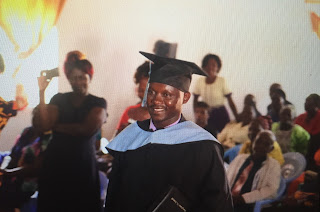 After the ceremony, we had the same thing for lunch and then drove back to Nairobi. On the way, we saw a coffee plantation, a pineapple plantation, and a mango farm. That was kinda cool.

When we got to Nairobi we stopped at a grocery store and got supplies for our house we are renting. The house we are staying at is HUGE and super nice and has wifi. Yay! It is in a gated community with a guard with a bow and arrow. That made me laugh, but I don't think I would want to be on the other side of one of his arrows!

Well, that's the novel of my first few days in Kenya. It has already been life changing and extremely enjoyable. It feels like we have been here for a week or two already and it's only been a few days. I am excited to see what else God does while I'm here!

Until next time, shake the earth!
- Joel
P.S. Sorry if the photos aren't great quality. They are pictures of my camera screen haha!
Posted by Joel at 2:17 PM